Part of the community of strung menchey is under eviction due to an extension of a drainage canal. We tried to imagine possible onsite relocation solution.

Since 3 months i am involved in Manolis house a new cultural project in Phnom Penh. Take a look! 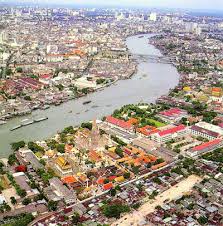 Every political organism needs meat to proliferate. Meat that can work for low money and move away when in the middle of plans 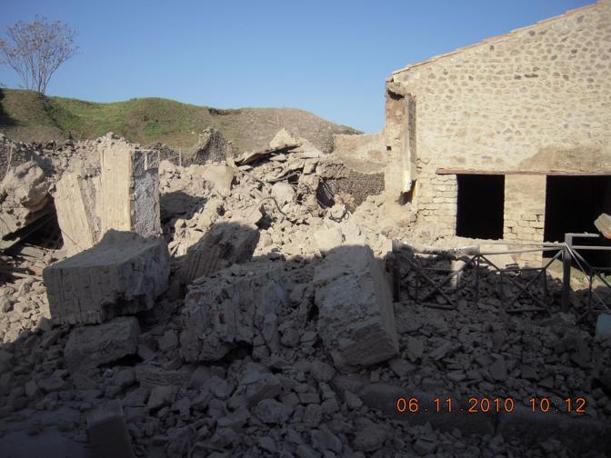 Friday during class we were trying to explain that old building do not deserve to be demolished simply because they are old.
To do so, we used examples from European cities. Unfortunately Italy seems not to be in the list of countries that care about their own history.
[ photo: the recent collapse in Pompei]

The Boeung Kak massive  eviction is starting to get violent.

From save boeung kak

Oct. 28, 2010. Residents of Boeung Kak and other communities under threat of eviction continued demanding an audience with visiting UN Secretary General Ban Ki-moon this morning outside the Khmer Soviet Hospital.

At around 10.15am, while the Secretary General, whose organisation in 1948 adopted the Universal Declaration of Human Rights, was visiting the hospital, police launched a violent assault on the demonstrators.

Suong Sophorn, a young activist from Boeung Kak, was badly beated and arrested. After having gone missing for some hours, he was eventually located injured in a hospital.

To see live footage from the incident, click here.

To see photos from the previous day’s thwarted demonstration, clickhere.

LICADHO released the below press release following the incident:

The Cambodian League for the Promotion and Defense of Human Rights (LICADHO) condemns the authorities brutal response to peaceful protesters who demonstrated during the visit of UN Secretary-General Ban Ki-moon.

The incident took place during a protest in front of the Khmer-Soviet Friendship Hospital this morning, October 28, 2010, where a group of fifty protesters gathered to seek intervention by the UN Secretary-General into
the ongoing Boeung Kak land grab in Phnom Penh by Shukaku Company, owned by a ruling party senator.

Around 10:15AM, as the UN Secretary-General was visiting the Hospital with government officials, a mixed group of armed anti-riot police and administrative police officers launched a violent assault on standing protesters, pushing people to the ground, beating some with walkie-talkies and shocking others with electric batons.

During the incident, Suong Sophorn, a land activist who lives in the Boeung Kak Lake area, was arrested and viciously beaten, resulting in a severe wound to the head. The police dragged him away as he fell unconscious and was further beaten by officers. Sophorn is one among the many Cambodians who were protesting the forced eviction of the Boeung Kak Lake community, and was appealing for a meeting with the Secretary-General.

In early June 2009, Sophorn was also detained for three days and found guilty in a show trial of defaming the government after he had sprayed the words STOP EVICTION on his house in the Boeung Kak lake area.

The open beating of peaceful protesters during the visit of the UN Secretary-General is good indicator of how little thought this government gives to its international standing and to human rights, said Naly Pilorge, director of LICADHO. Either they dont understand the harm that this sort of incident causes to Cambodias reputation or they dont care. Or perhaps they just think they can get away with it.

While the Cambodian government entertains an empty dialogue on human rights with the UN Secretary General, its armed forces are cracking down on freedom of expression, said Pung Chhiv Kek, president of LICADHO. This incident has further exposed the cracking façade of democracy in Cambodia.

LICADHO calls upon the government to immediately cease the unnecessary use of force against all peaceful protesters, whether during important state visits or during ordinary times.

LICADHO also urges the Secretary-General Ban Ki-moon to refrain from keeping silent on this incident and publicly condemn this use of force against peaceful protesters who were attempting to gain his attention.

I met Patama at 18.30 in a badly designed building in the outskirt of Phnom Penh. It took me 45 min of zig zags on the moto taxi to get there. Outside darkness was hugging the city.
We asked her few questions about her work as an architect. She begin saying that her professor said that what she was doing was not architecture but social working. Interesting that those who I find interesting say the same. Academia is always behind these days.
She talks about her work, about her doubts with irony and energy.
Then 40 min later she began a lecture organized by STT, part of a lecture series about the right to the city each of us has.
The basic idea of the lecture is to make people aware that everyone from the rich developer to the trash collector has a right to the city  (and to society we might add) because each is doing something to keep society running.
Patama begins speaking after I have filled my stomach still a bit sick with dried peas, which are some of the most interesting things of asia, especially peas with wasabi sauce.
In the first part of her lecture she explain her vision, her approach to working with slum community. I would say she looks at things with genuine designer eyes which means, with pro-active, positive eyes. Everywhere, in any condition, there is a possibility for a creative solution to a problem. In many ways I agree with views, there is a moment where a designer has to think in purely creative terms ( which means how to optimize resources to achieve a certain goal).
Then she shows some projects which range from building a pathway in a community to building ten houses with friends.
Her message is clear, simple but in this perverted contemporary days somehow unusual: a professional architect should/could work for everyone ( we could say a lawyer, a doctor ….). This means to range from slums to housing addressing different types of issues.
Once more it became clear that the range of problems that a designer should face wide in range and scopes but I wonder how behind are academia and the architectural establishment… Oct. 25, 2010. Ahead of UN Secretary-General Ban Ki-moon’s visit to Cambodia, residents from urban poor communities in Phnom Penh gathered outside UNDP to deliver a petition requesting a meeting with the UN Secretary General and calling for him to intervene to stop evictions in Cambodia.

Despite community requests for UN Resident Coordinator Douglas Broderick to receive the petition, they group eventually had to make do with delivering the petition to a member of staff.

Ban Ki-moon is set to arrive in the country on Oct.26, with public events scheduled for Oct.27-28.

from save boeung kak i remember i watched him winning, the maradona of sumo quits.

The Diary of Jakob Knulp, (and knulp itself) is a technique for keeping track of notes, words, impression that one day might become valuable content.